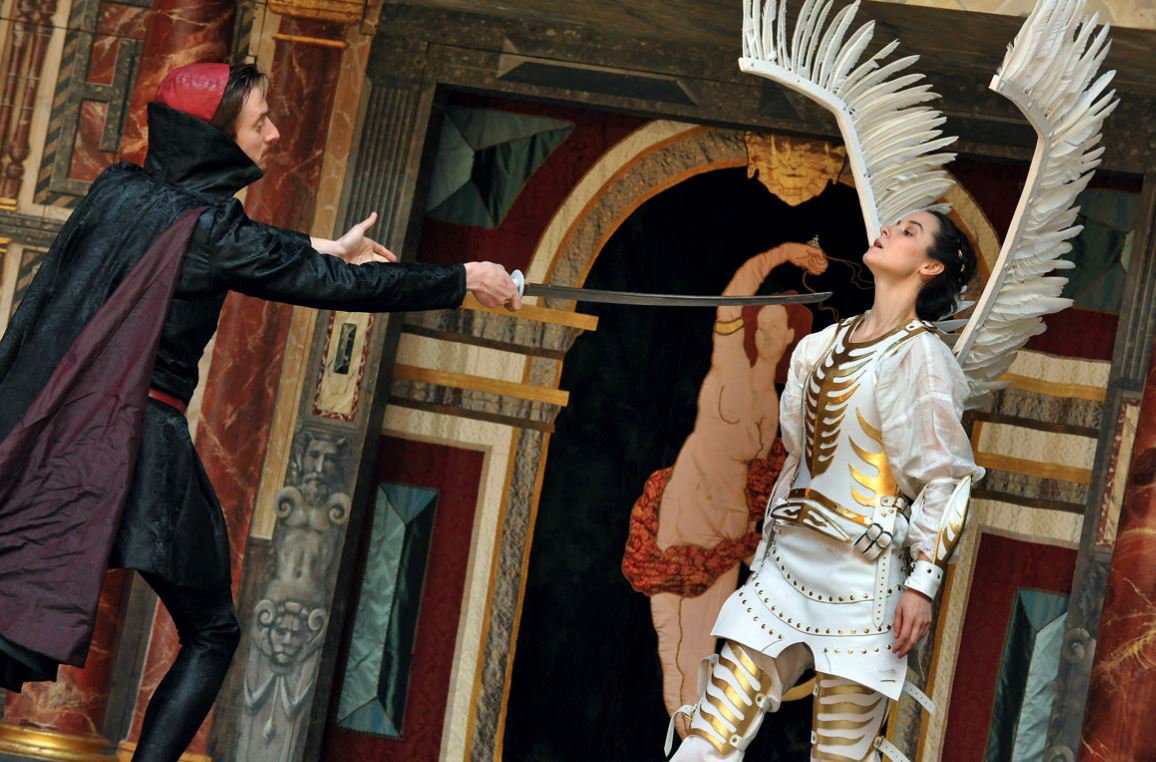 A Scene from a Recent Production of Doctor Faustus at London's Globe Theatre
​Doctor Faustus was written by Christopher Marolowe and was published in 1616 despite being performed in 1592/1593. The play begins Act One with Faustus contemplating all of the subjects he could pursue next in his studies. He walks around his study contemplating what is next for him. He considers law, medicine, and religion, but he eventually discredits each and settles upon magic. He is supported by two minor characters, Cornelius and Valdes, who encourage him further onto the path of necromancy, a cursed study of bringing back souls from the dead, and magic. Faustus summons Mephistopheles, a demonic servant of Lucifer, and asks the demon to serve him.

Unfortunately, Faustus is digging his own grave. The first time he tries to repent, later in Act Two, Mephistopheles appears with Lucifer and Beelzebub, scaring and charging him with betrayal, successfully deterring Faustus out of the idea of repentance. Starting in Act Three, Faustus’ character starts to change. His thoughts of world domination and the pursuit of vast wealth is put behind him as he soon becomes into an entertainer of sorts. Faustus falls into the trap of performing tricks. He performs magic tricks for the Emperor, conjuring up Alexander the Great and his paramour. Later, Faustus also bids Mephistopheles to turn him invisible so that he may play tricks on the Pope, by taking away his food, his drinks, and even hitting him on the head. He fools other minor characters as well. In one case, he sells a horse made out of hay to a man, which later, when rode into water, turns back into hay.

Psychomachia occurs throughout the play. A good angel and a bad angel advise Faustus’ every move. The good angel asks Faustus repeatedly to repent. Telling him that it is not too late. However, Faustus wavers with the bad angel constantly reminding him about all of the money and power he could obtain for himself. At the very last moments of his life in Act Five, Faustus begs for forgiveness and vows to burn his books of necromancy, but it becomes too late. The demons who had once served him crawl out of hell, drag him down, and tear him apart.